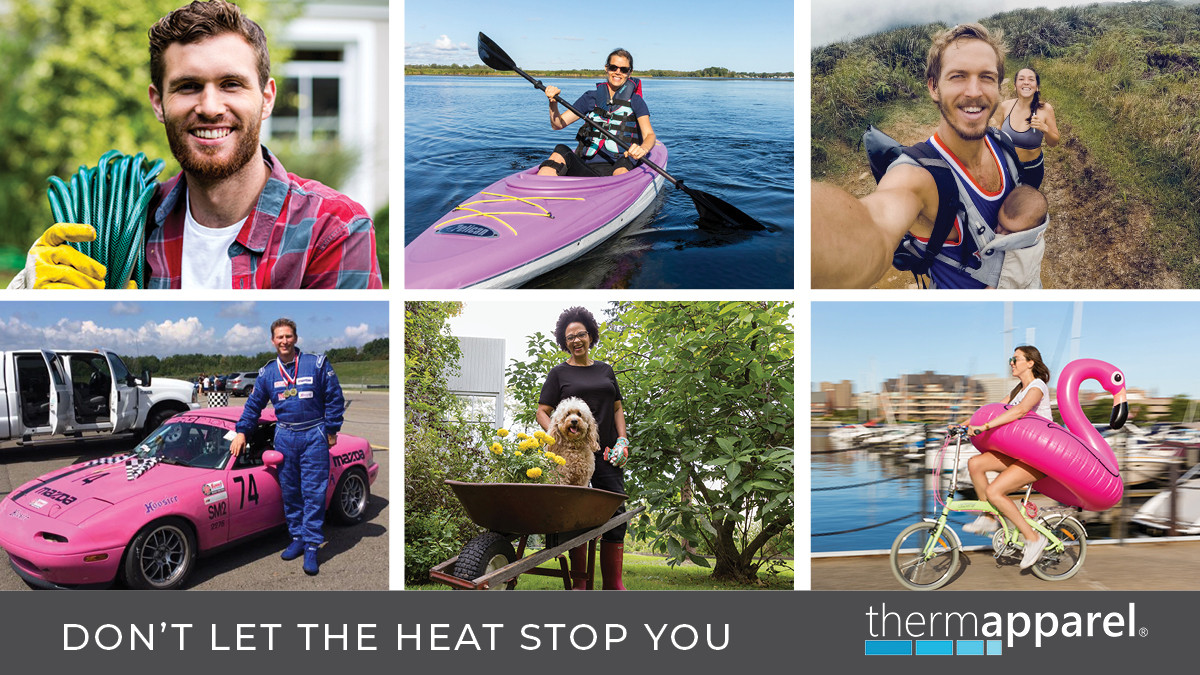 Wearing a cooling vest significantly improved the time and distance walked under conditions that can provoke heat sensitivity in people with multiple sclerosis (MS), according to a small study.

The study, “Effects of a cooling vest with sham condition on walking capacity in heat-sensitive people with Multiple Sclerosis,” was published in the European Journal of Applied Physiology.

People with MS frequently report greater fatigue and sensitivity associated with heat, affecting their quality of life. Heat, in particular, can worsen some neurological symptoms of this disorder.

Past studies have used cooling vests and common movement tests, such as the timed up and go and the six-minute walk test, to show that cooling the body either prior to or during exercise improved exercise capacity and eased disease symptoms.

A research team with the University of Trieste, in Italy, argued that these standard tests do not reflect everyday life demands, and that the failure to blind participants in a comparison of what is being tested — a cooling versus a sham vest, analogous to the use of a placebo group in clinical trials — limit the relevance of such studies.

Therefore, they set out to quantify the efficacy of a commercially available cooling vest specifically designed for MS patients, called CryoVest Comfort by CryoInnov, on walking capacity.

“[C]ooling vests represent a promising tool to help reduce the inevitable increase in core temperature that occurs during physical activity, and its accessibility may facilitate its use among pwMS [people with MS] in several working and exercising scenarios,” the researchers wrote.

Ten female MS patients participated in the study. Their average age was 59 and their expanded disability status scale (EDSS) scores were between 3.5 and 5.0, meaning moderate to severe disability.

The study opened with each patient walking 30 meters (about 98.5 feet) to establish a baseline, or study’s starting, measure of “comfortable walking speed.”

After resting with the vests on for 20 minutes, patients in each group then walked 30 meters at a relatively fast speed — a speed that progressive raised by 20% their noted comfortable speed — until “exhaustion” (volitional fatigue) set in. They walked in a hallway kept between 29 C and 30 C (84.2–86 F) with 30% humidity, mimicking Italy’s outdoor conditions.

Those with the active and “cold” vests walked significantly farther and longer than those given sham vests under the same ambient temperature conditions. Patients with “cold” cooling packs walked 46% farther — about 1,879 meters versus 1,302 meters for the sham group before reaching exhaustion. They also walked for longer periods of time — approximately 31.6 minutes vs. 23.3 minutes, a roughly 36% time difference.

Although participants reported no subjective differences in cold sensation between these vests at the study’s beginning, those with actively cold vests reported still feeling the cooling effects when they reached exhaustion, while sham group patients did not.

The menthol’s “cooling” effect appeared to last for the first 10 minutes of exercise. After that, sham group patients reported a two-point increase while walking,  indicating a shift toward discomfort. No such change in heat sensitivity was reported by those using the active cold vests.

This study “aimed to present data that may be easily translated to daily life,” the researchers wrote, noting that while “exercise is strongly recommended in pwMS, many of them anecdotally prefer to not engage in physical activity due to the increase in body temperature and subsequent worsening of symptoms this often provokes.”

Increasing the “time to exhaustion by over one-third and distance covered … by over 45% in this population represents a significant functional improvement,” they added, and was attained using a commercially available product.

Overall, “the lightweight cooling vest improved total walking time and distance in heat-sensitive MS [patients],” the researchers concluded. “These physiological improvements were likely due to feeling perceptually cooler in the COLD trial, compared to the corresponding point of fatigue in the [sham] condition.”

Based on these results, the team suggested that “the moderate physical effects of skin cooling provided by an ice vest can mitigate the onset of heat-induced decrements in walking capacity in [people with MS].”

Forest Ray received his PhD in systems biology from Columbia University, where he developed tools to match drug side effects to other diseases. He has since worked as a journalist and science writer, covering topics from rare diseases to the intersection between environmental science and social justice. He currently lives in Long Beach, California.

Patrícia holds her PhD in Medical Microbiology and Infectious Diseases from the Leiden University Medical Center in Leiden, The Netherlands. She has studied Applied Biology at Universidade do Minho and was a postdoctoral research fellow at Instituto de Medicina Molecular in Lisbon, Portugal. Her work has been focused on molecular genetic traits of infectious agents such as viruses and parasites.